History of the Journal's Logo Hoopoe

The Hoopoe, the bird of courage and wisdom, is an idiosyncratic symbol in mythology. Having a long, resonant cultural background in history, this bird is an iconographic symbol from Ancient Egypt to Greece. The sacredness and wisdom of the Hoopoe and its association with Solomon and the Queen of Sheba glimpses at the lesson that a knowledgeable, yet weak, intellectual that remains bold and tells the truth before the kings and powerful rulers. The Hoopoe is cited in Rudyard Kipling's "The Butterfly that Stamped." The Hoopoe, symbol of virtue in the Near East, marks the spokesperson of the birds in Faridüd-Dîn Attar’s Mantiq al-Tayr (The Conference of the Birds), who challenges the Simurgh, the king of the birds. As a symbolic code, it stresses the belief in the tradition, indicating the child is the heir and successor of his precursors. This idea can also be assimilated as the child is the representation of their creator. In the Torah, Leviticus 11:13–19, hoopoes were listed among the animals that should not be eaten. Hoopoes also appear in the Quran as the "Hüdhüd", in Surah Al-Naml 27:20–24: “But the hoopoe stayed not long and said, "I have encompassed [in knowledge] that which you have not encompassed, and I have come to you from Sheba with certain news. (22) The bird’s integrity and noteworthy courage before Solomon in Quran and Islamic mythology is still resonant. Furthermore, Hoopoes are also known as the thieves of knowledge, which alludes to the interested and curious men of arts or thinkers, never retreating to go far east China. That explicates the European unconscious why grains and wheat are kept away from them across much of Europe. A hoopoe is a naive, yet brave, Jack Sparrow, the humble and wise pirate of the Caribbean, stepping the arches to achieve the hidden fortune. The fact that they are harbingers of war in Scandinavian culture implies that they are foretellers of conflict because they are wise. In fact, intellectuals are not only foreseers but also foretellers of the events. Even though their elegiac songs sound like tunes to death, their flaw is to foreshadow what would happen next. Compiled in Germany, The Munich Manual of Demonic Magic makes an indirect reference to their sacrifice, but this would summon demons and prove bad omen for humanity. 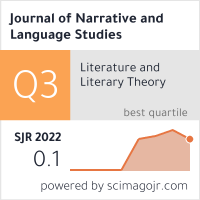